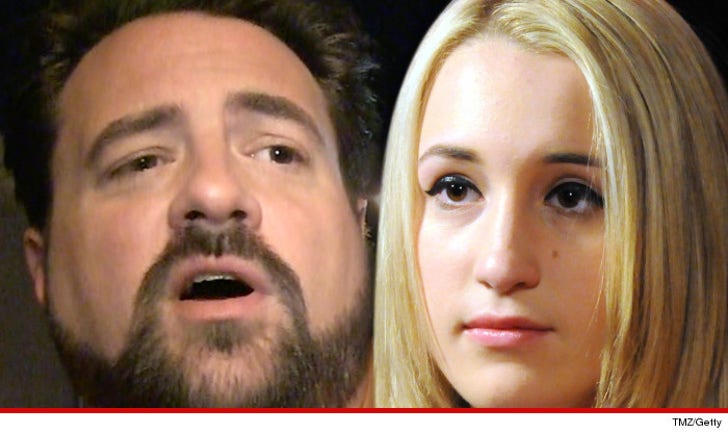 Kevin Smith had to be very careful not to piss off his daughter Harley Quinn Smith -- the teen actress had the power to send Daddy packing as director of their upcoming film.

Harley's contract for her role in "Yoga Hosers" shows she wasn't paid huge money -- the standard SAG rate -- but the real juice is the 15-year-old clearly has a kick ass agent.

Harley's deal for the flick actually gave her the right to approve the director ... meaning she had to sign off on her own dad -- which she wisely did.

For the record ... Kevin had the right to approve her too. Again ... dad's no dummy.

Takeaway for Harley: don't bite the hand that conceives you.