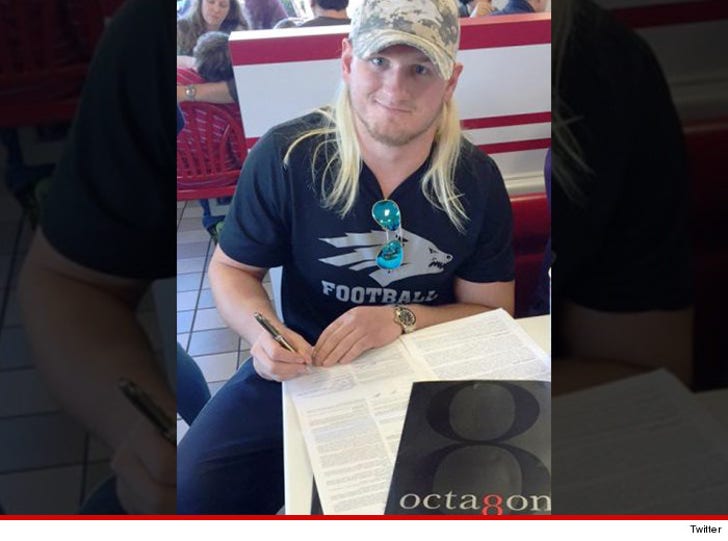 College football star Brock Hekking takes life with grilled onions and special sauce ... 'cause the former Nevada DE just signed one of the biggest deals of his existence -- at his local In-N-Out.

Brock is expected to be selected in April's NFL Draft ... at least according to Octogon sports ... a huge sports agency that reps some of the biggest stars in the world including Michael Phelps and Steph Curry.

So, when Octogon approached him to sign a contract with the agency ... Hekking -- who became nationally recognized for his sweet mullet -- wanted to make the event special and personal.

Which brings us to the In-N-Out burger joint in Vacaville, CA ... Brock's hometown.

"I went every day after high school. It's where I dreamed of becoming a ball player ... so I thought it would be best to [sign my contract] there."

Here's the question ... what do you order to go with one of the most important documents of your life?

"Two double-doubles, fries, and a drink."