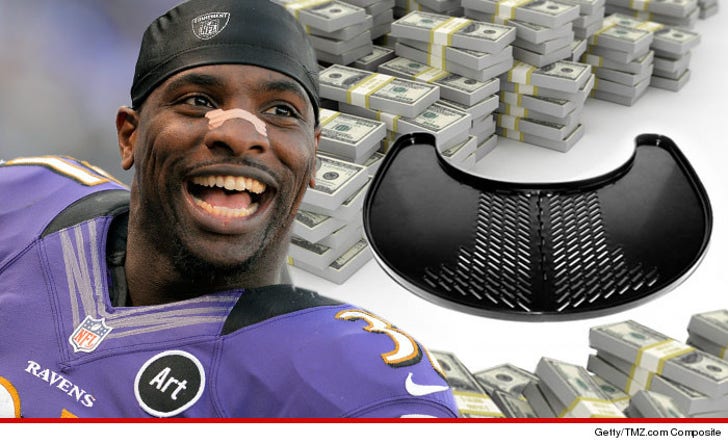 The next Thomas Edison could totally kick your ass ... 'cause NFL star Bernard Pollard tells TMZ Sports the counter-top organizer he invented last year totally BLEW UP in sales this holiday season.

Pollard, who won a Super Bowl with the Ravens in 2012 invented a bathroom counter-top organizer last year called the "Smart Sink Tray" that he says lets was inspired by the tiny sinks out in Baltimore.

"I first thought it up back in 2012 ... I'm a germaphobe and the counter space in Baltimore was so limited that I wanted something to expand it."

His Howie Mandelness has led to cold hard cash with Pollard telling us this holiday season business was BOOMING for the "Smart Sink Tray" -- with a sales spike of nearly 60%.

"It was really cool to see the orders come in. The east coast went crazy for it."

And Pollard says things are only looking up from here ... 'cause the tray has gotten so popular, it's drawn interest from hotels all over the country and outdoor retailer Camping World.