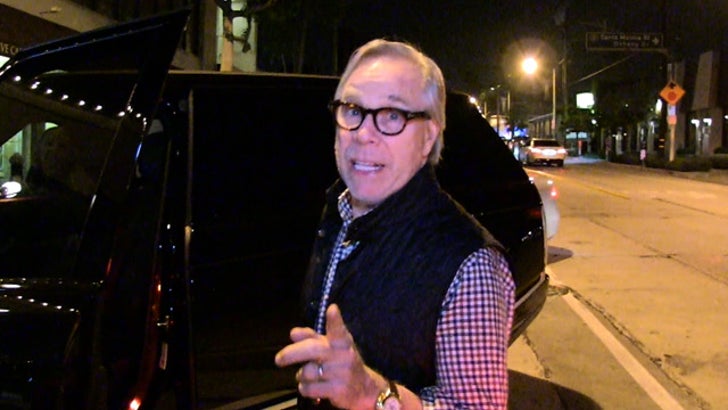 Hilfiger was leaving Craig's in West Hollywood Tuesday night when we asked if he'd ever consider signing a guy like Rob Gronkowski to a modeling deal.

But Tommy wasn't into Gronk ... Hilfiger made it very clear there's only one guy on the Pats he's interested in -- QB1.

FYI -- Brady has a few modeling deals under his belt (Under Armour, Stetson cologne and UGG boots) ... but nothing as big as a Hilfiger contract.

Good to see Brady has something to fall back on if this whole football thing doesn't work out.