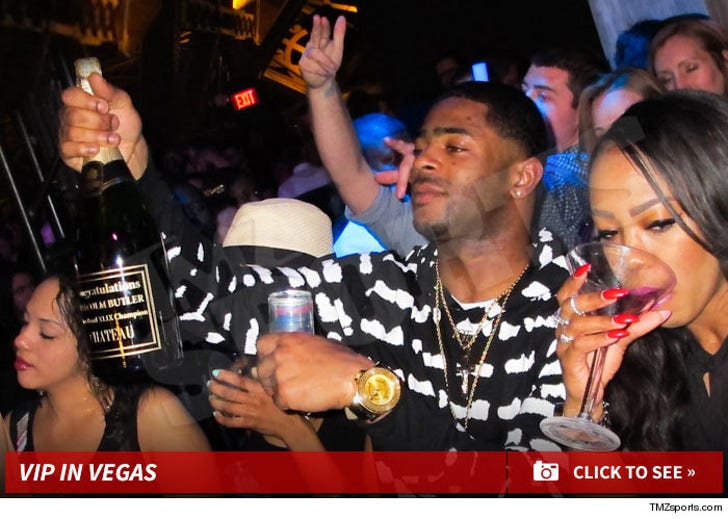 Rob Gronkowski ain't the only guy on the Patriots who loves to party -- Super Bowl hero Malcolm Butler hit the club scene hard in Vegas last night ... and TMZ Sports has the pics!

Butler was the guest of honor at Chateau nightclub in the Paris Las Vegas -- where the 24-year-old got his own booth, his own custom champagne ... and his own personal cheerleaders.

Multiple sources tell us Butler was super nice to everyone -- taking pics with fans and dancing all night long.

It's been a pretty good month for Butler -- as we previously reported, Chevy decided to give him a FREE TRUCK for making that game-saving interception in the Super Bowl.