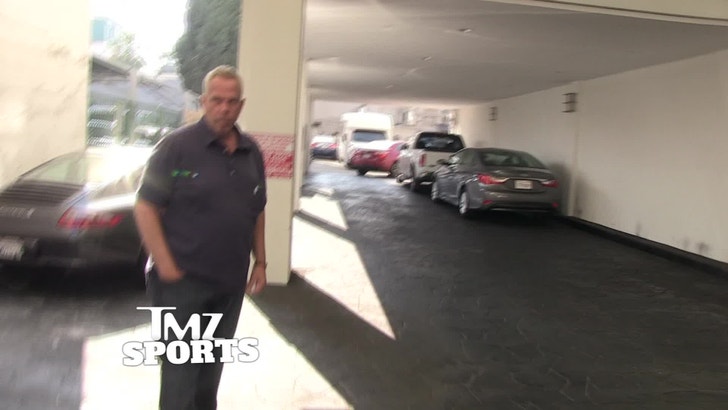 Think an NFL owner wants to see one of his players fight in an MMA match? HELL NO ... so says NY Giants honcho Steve Tisch who says there's NO WAY he'd let one of his stars get into the octagon.

Of course, the topic came up thanks to New England Pats star Chandler Jones ... who says he wants to fight his big bro, UFC champ Jon Jones, in a 1-round charity match.

But Tisch says ... if Jones was one of the G-Men, he'd shut those plans down in a New York minute.

In fact, Tisch says he's always worried that when his players engage in off-the-field activities, he fears Murphy's Law ... that whatever can go wrong, will go wrong.

Tisch compares fighting to another ... maybe more dangerous activity ... and says if star WR Victor Cruz wanted to do this ... "that wouldn't make me happy."