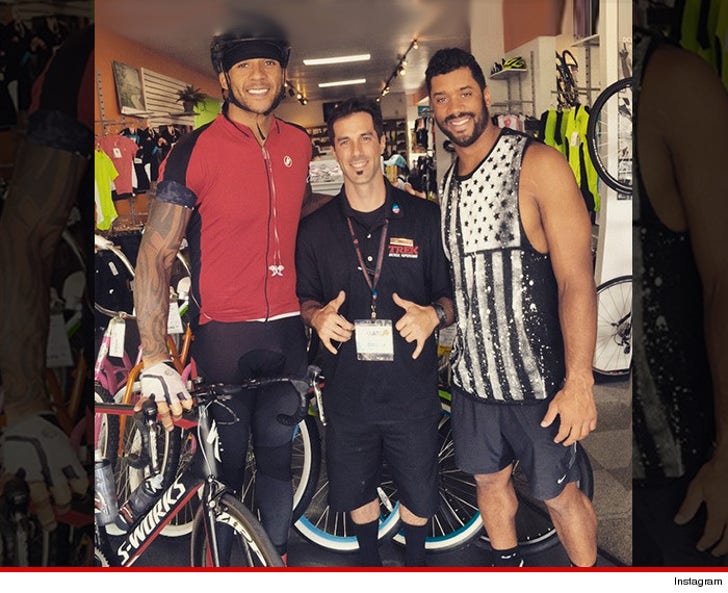 Seattle Seahawks quarterback Russell Wilson is truly ingrained in his city ... because now, like most Seattleites, he's taken up cycling.

The shoulda-been two-time Super Bowl winner stopped into a Trek store in San Diego this week and picked up a couple of high-end road bikes. We're told he also grabbed a Garmin computer, helmet, pedals and gloves ... all the bells and whistles.

Wilson picked up the bike on Tuesday and when he did ... he just happened to spot former Miami Hurricanes star Kellen Winslow Jr. (a big-time cyclist in his own right) who posed for a pic with Russell.

Now he can get in top shape ... to turn and hand the ball off from the one yard line.