We've finally found the one human being capable of locking up Calvin Johnson one-on-one ...'cause the Detroit Lions star just announced to the world that he's engaged to his longtime GF.

The lucky lady's name is Brittney McNorton, a promotions manager in the Lions front office. Johnson popped the question earlier this week on a trip to Baltimore to attend the Ed Block Courage Awards.

If the name sounds familiar it's 'cause Brittney made headlines last year when she allegedly threatened to "Molly Whop" Calvin's baby mama in a domestic dispute. 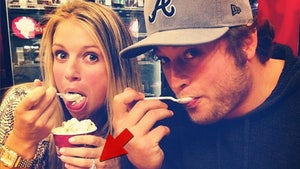 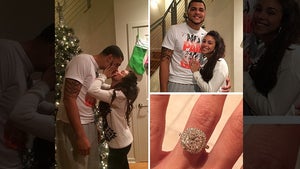 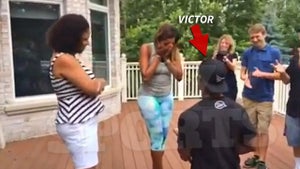