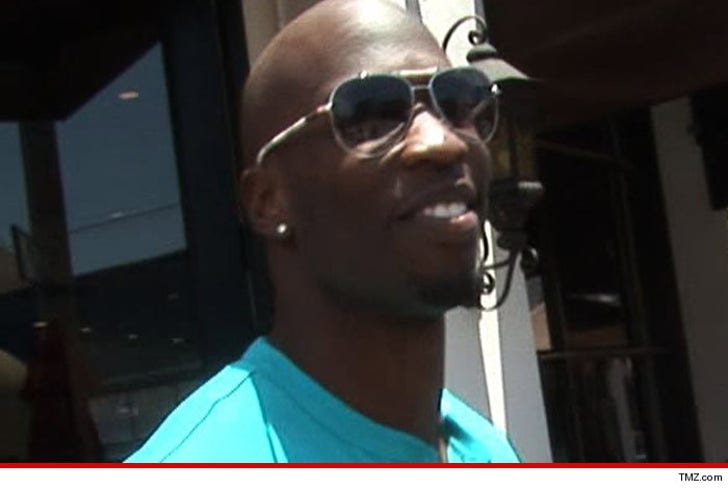 Chad Johnson just proved he's the best Twitter pal in the history of the freakin' world ... 'cause the former Pro Bowler just forked over $1,000 to one of his followers ... so she could have a good b-day.

We spoke to Heather Torregano -- @DaRealNette on Twitter -- and she tells TMZ Sports this all started when she tweeted a link to a GoFundMe account she started to try to raise some money for b-day plans.

"I work as a waitress and a bartender, plus I pay out of my pocket to go to school. I was just trying to have a good birthday, I haven't had one in a long time."

She said she was as surprised as anyone when she checked the account and saw a PHAT $1,000 donation from Johnson who she says has been following her on Twitter for a couple of years. 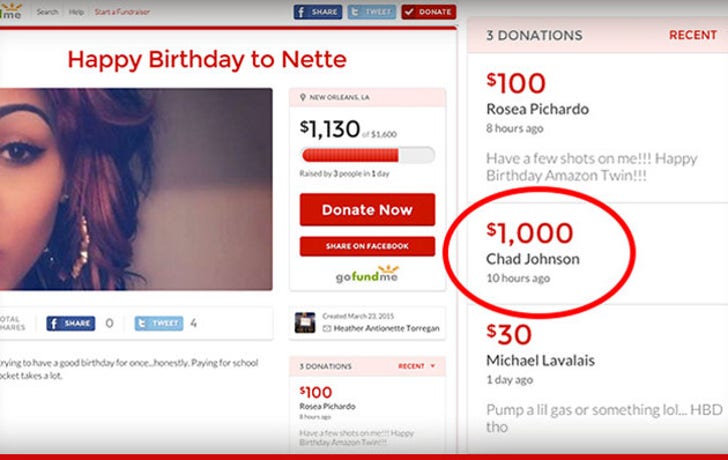 Torregano says ... when she saw Johnson accounted for nearly HALF of her goal of $1,600 in one fell swoop, she was overcome with emotion.