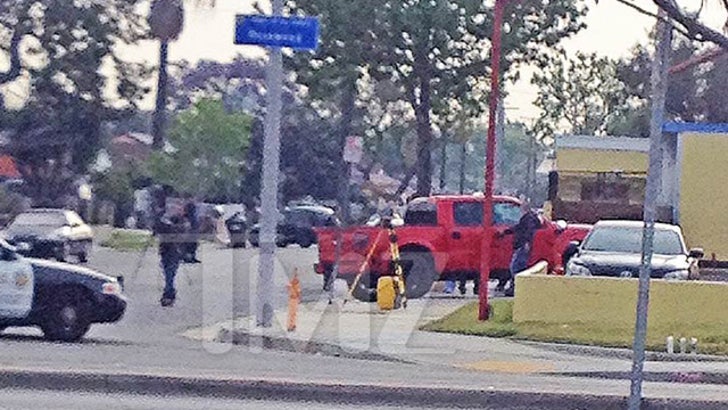 Suge Knight's fatal car crash is being recreated right now ... by homicide investigators who are trying to figure out exactly how it went down.

TMZ broke the story ... Suge ran over 2 people -- one fatally -- in the parking lot of Tam's burger joint in Compton. He's been charged with murder.

The L.A. County Sheriff's Dept. is working with prosecutors in the case, and that's why they're on scene right now with cameras and measuring devices.

Suge claims because of his vision and an ominous crowd, he was forced to drive into the lot as opposed to just driving down the street. We're told this will be addressed in the recreation.

The recreation is really authentic ... they're even using Suge's truck and an eyewitness tells us they are using dummies for the victims. 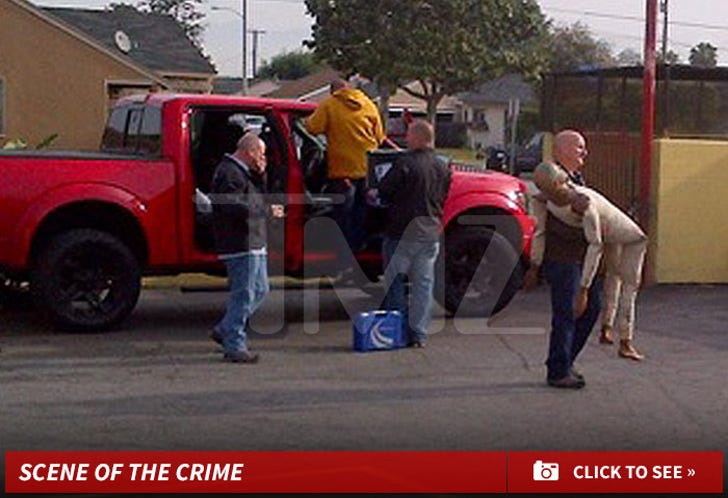