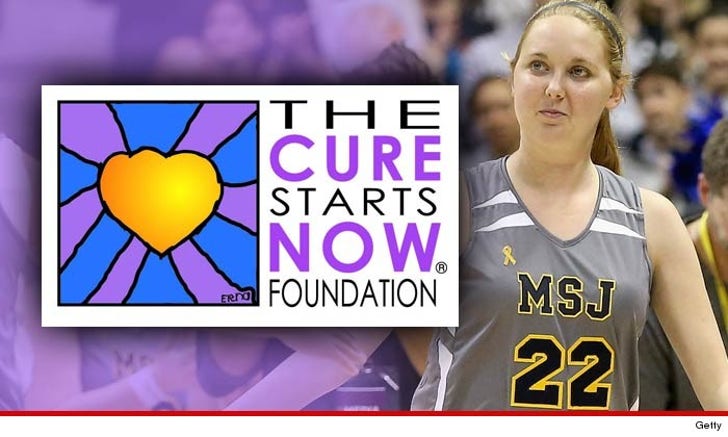 Lauren Hill is still having a major impact on the war on cancer ... even after her death -- TMZ Sports has learned her foundation received a major surge in donations in the hours after she passed away.

A rep for The Cure Starts Now Foundation tells us ... they received more than $42,000 in donations through Lauren's Club 22 fundraising organization since Friday from people wishing to honor Hill's memory.

So far, the foundation has received more than $1.5 million in donations through Club 22 -- named after Lauren's basketball jersey number.

A memorial for Hill will be held tonight at Xavier University -- where Lauren played her first college basketball game for Mt. Saint Joseph.

We're told event organizers are expecting a packed house ... and sadly, may have to turn some people away if they hit capacity.

A private funeral will take place on Wednesday -- but it's only for close friends and family.