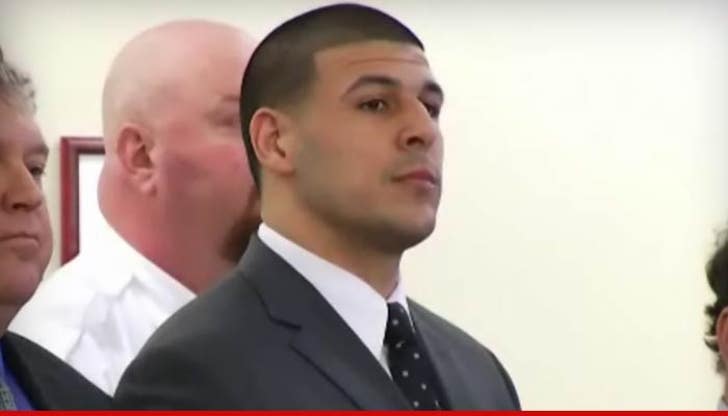 Aaron Hernandez has been placed on suicide watch at the prison where he is temporarily being held ... TMZ Sports has learned.

After Hernandez was convicted of murdering Odin Lloyd, he was transported to MCI Cedar Junction in Massachusetts ... where he will stay until he is transferred to his permanent prison.

We're told he has been isolated from the general inmate population -- not only for his own protection (since he's a high profile inmate), but so officials can evaluate him ... and determine where he will stay at the prison.

As far as the suicide watch goes, we're told it's not that uncommon for someone who just got sentenced to life behind bars. Unclear how long Aaron will stay on suicide watch.