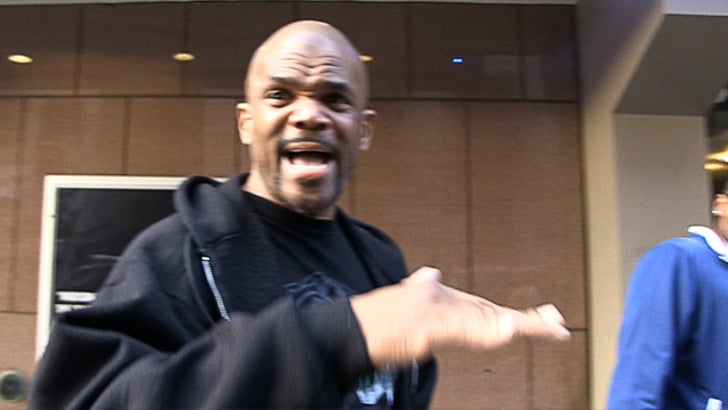 The reign of the NFL is over ... long live HOCKEY ... so says one of the founding member of Run DMC. Darryl McDaniels.

Darryl says he used to be a HUUUGE football fan -- until he saw the NY Rangers play.

Now, he's one of their biggest fans -- and yesterday, the guy was like a ROCK STAR on his way into Madison Square Garden to watch his squad take on the Pittsburgh Penguins.

The Rangers have a bunch of celebrity fans -- including Tom Hanks, Tim Robbins, Susan Sarandon ... and Sarah Jessica Parker, when she's not too busy.