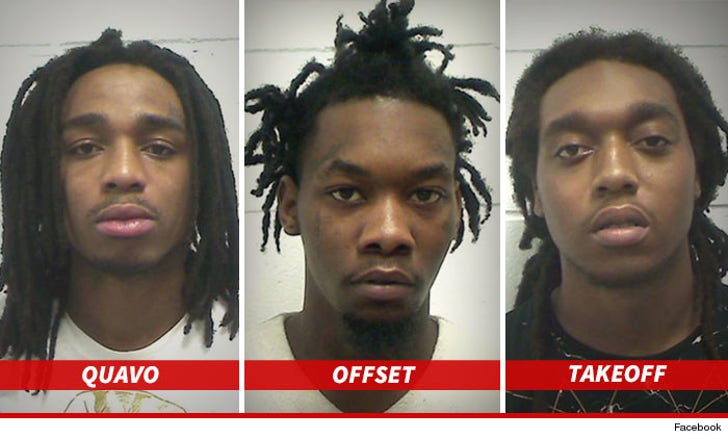 Migos' latest performance was in front of a judge Monday morning -- and while 2 members of the rap trio can now be sprung ... another will stay behind bars after their weekend drug bust.

Quavo, Takeoff, and Offset were in a Georgia courtroom for their bail hearing. The judge set Quavo and Takeoff's bond at $10,000 each ... although neither has posted the amount yet.

Offset is a convicted felon, and the judge denied his release due to his prior issues.

Calls to the group's rep have not been returned.