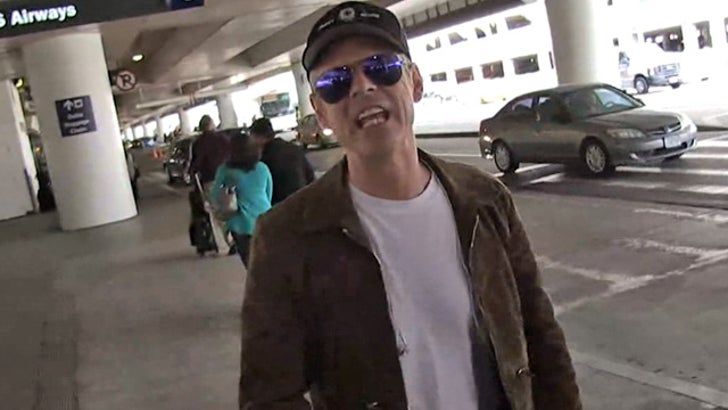 The party has gotta end sometime ... and for the sport of volleyball, it's LIGHTS OUT ... so says C. Thomas Howell -- who starred in one of the most famous volleyball movies ever!

Howell -- who starred in "Side Out" twenty five years ago -- was leaving LAX when he told us the sport bit the dust in the '90s ... along with Walkmen and pagers.

BTW, Howell's "Side Out" co-star Peter Horton went on to become a big deal in Hollywood ... producing a ton of stuff ... including "Grey's Anatomy."