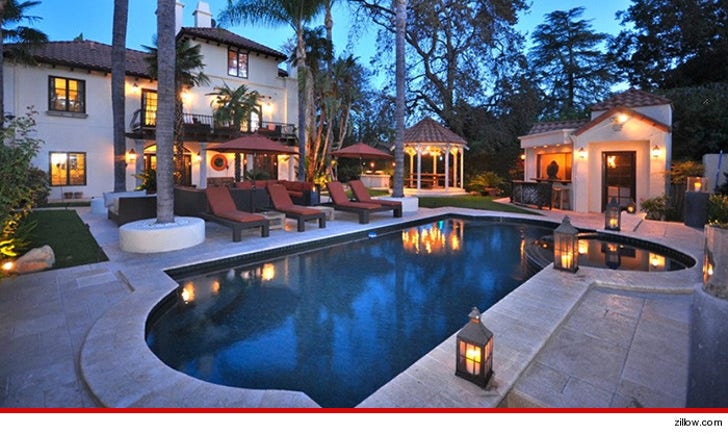 The place is perfect for summer bashes -- with a cool bar set up in the backyard, next to a huge pool ... with a cabana, fire pit and it's own private guest suite.

In total -- 6 bedrooms, 9 bathrooms, with a wine room, state of the art theater ... and super high ceiling ... perfect for its new 7-foot owner.

Anthony bought the place back in 2013 -- after he had separated from Jennifer Lopez. He has since moved on ... marrying model Shannon de Lima back in November. As we first reported, Marc and Shannon upgraded to an even MORE EXPENSIVE mansion back in February.

As for McGee, he's unemployed at the moment -- but the 27-year-old has made more than $30 MILLION during his NBA career.