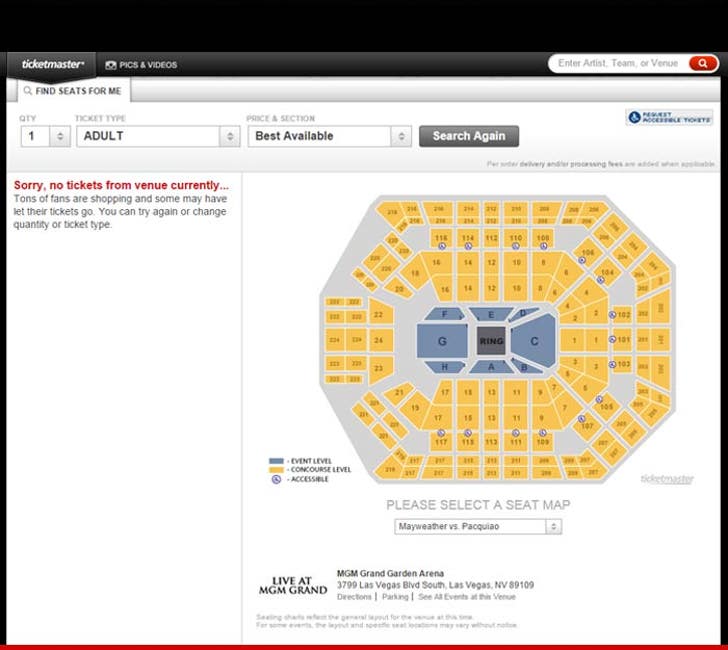 Less than 60 seconds after tickets to the Mayweather vs. Pacquiao fight went on sale to the public on Ticketmaster's website, they were sold out!!

Several people in our office timed the sale, and some say they got the "No Tickets Left" graphic less than 20 SECONDS after it started. Insane! 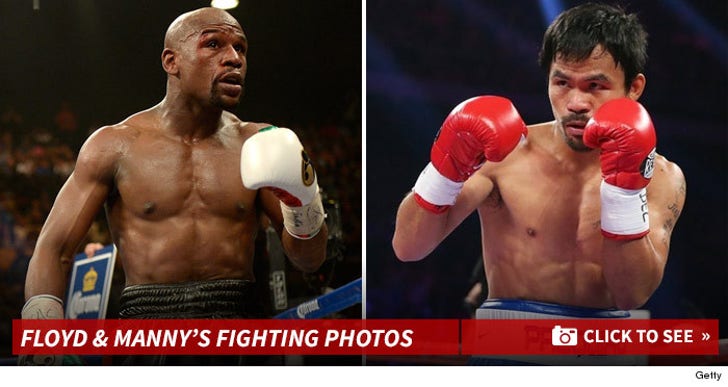 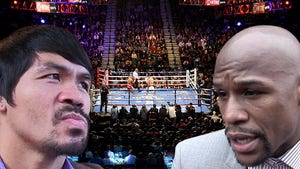 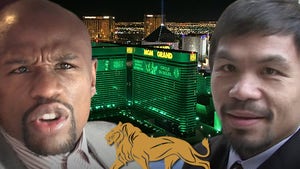 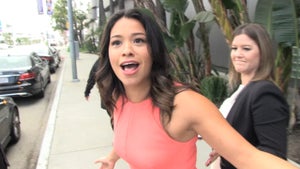