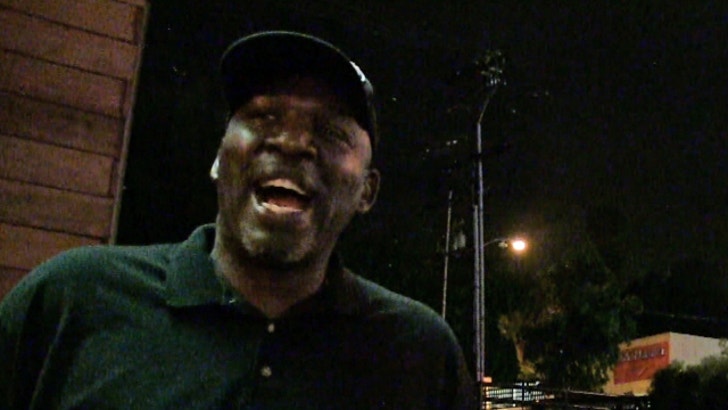 Martin Lawrence isn't such a such a bad boy on the poker tables ... 'cause ex-NBA player Olden Polyince tells TMZ Sports he took the movie star for big cash at cards ... but gave it all back to him.

Polynice -- who played 14 years in the NBA -- has become a major card shark off the court, so when we got him out in L.A recently we had to ask if there were any big time stars he's taken at the tables.

Check out the clip -- Polynice told us Martin Lawrence is part of a who's who of big stars he's outheld in hold 'em but says he gave the guys their money back cause he's so good it was "like cheating."

FYI -- Martin Lawrence is reportedly worth a FORTUNE ... so, Olden ... the joke might be on you!