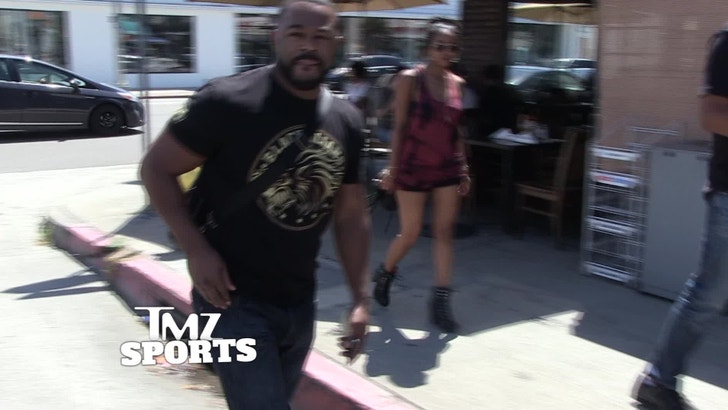 It's just a matter of time before the UFC pulls Jon Jones from UFC 187 ... at least, that's what UFC star Rashad Evans believes will happen in the wake of the hit and run investigation in New Mexico.

Jones is currently scheduled to fight Rashad's teammate Rumble Johnson in the main event during the May 23rd event in Las Vegas ... one of the biggest UFC events of the year.

But now that cops have labeled Jones a suspect in the felony investigation -- Evans tells TMZ Sports he believes Dana White is probably looking for a replacement.

In fact, Rashad says the UFC has to "put their foot down" and make an example out of their biggest star.