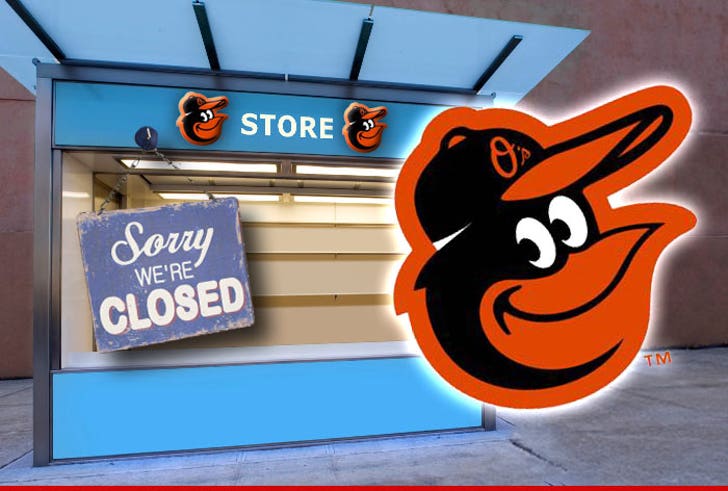 It wasn't just the stands that were empty at the Baltimore Orioles game today -- the concession stands were also bare ... and now several employees are furious ... wondering if they're going to get paid for the work they were forced to miss.

Of course, the decision to close the ballpark to the public was made by the MLB, the Orioles and the Baltimore PD for the safety of the fans ... in the wake of the riots.

But several concession stand employees were counting on gameday paychecks -- paychecks they might not be getting since they were told to stay home.

And it's not just today's game -- stadium employees didn't work Monday or Tuesday either since those games were cancelled. And the 3 home games scheduled for this upcoming weekend have been relocated to Florida. In total, that's 6 games worth of work.

"They have not spoken to us about compensation," one concession worker tells TMZ Sports ... "I've received emails from [my employer] regarding the cancellation of games, but nothing mentioning pay."

Another worker says, "I have a daughter. I ride my bike to the bus to get to work. I'm trying to provide for my daughter. I need this work."

We reached out to the company that operates the concession stands, Delaware North -- which referred us to the Orioles. We called the team several times, but have yet to hear back.