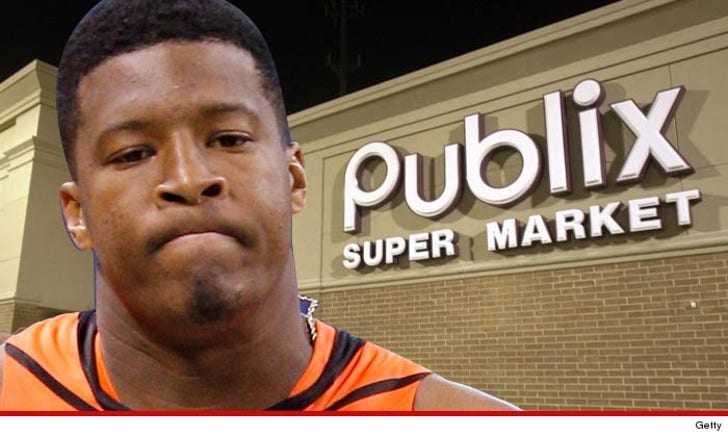 He stole their shellfish ... but Jameis Winston is now officially sponsored by Publix (by way of the Tampa Bay Bucs) ... and the market says they're all about BURYING THE HATCHET.

In fact, it was 1 year ago this week that Winston was busted stealing crab legs ... and as fate would have it, Publix happens to be the official supermarket sponsor of the Bucs.

So, how do store officials feel about teaming up with a guy who jacked their seafood?

"We support our hometown team. We welcome Jameis Winston to the Bucs. We don't hold any grudge against him."

A rep for Publix adds, "We've moved forward, we're past this. We hope Jameis has done the same, and is moving forward."

"Part of our affiliation with the team is to do the right thing for the community. If Jameis has an idea that would make the community better, [we'd] gladly hear out his proposal."

"This is a great opportunity for him to learn from his mistakes. He's going to have a chance to do a lot of good now."