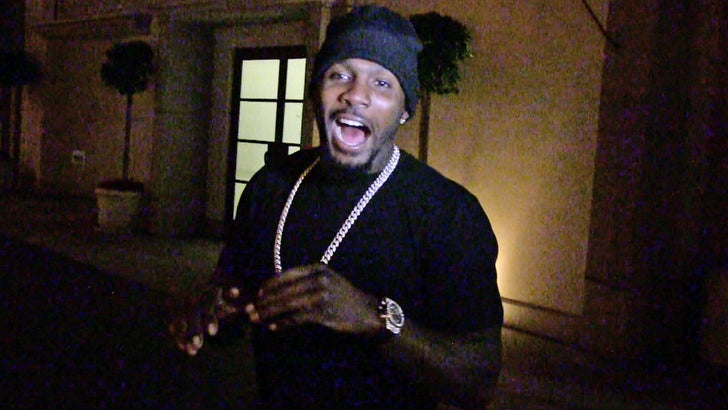 Dez Bryant + Adrian Peterson = TOTAL DOMINATION ... so says Dez who tells TMZ Sports he thinks it would be something "very special" if AP somehow signed with the Dallas Cowboys.

Bryant was leaving The Palm in Bev Hills last night -- when he told us the two would be an unstoppable duo if they were on the field together ... but says he ultimately doesn't think Peterson's current team would let him go.

"The Vikings not lettin' that happen, 'cause if they did ... the league would know what would happen."

There's A LOT more in this video -- Bryant also talks about "The Catch" in the NFC Championship game (says he's over it, wants to move on) ... how he REALLY feels about Tom Brady and Deflategate.