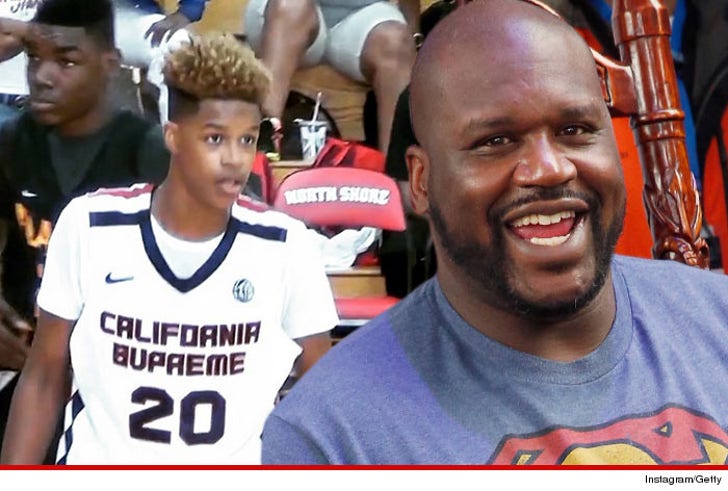 Guess the apple doesn't fall far from the (gigantic) tree ... cause Shaquille O'Neal's 15-year-old son, Shareef, is going to be the family's next HUGE NBA star ... so says his AAU coach.

TMZ Sports spoke with Mike Law, who coached Shareef on the California Supreme AAU squad, and he tells us he expects the little O'Neal to be every bit as good as his legendary father.

"One day people will be talking about Shareef the same way they talk about his dad ... he's that gifted."

Shareef has been getting MAJOR buzz since a new mixtape of the 6'8" phenom dominating some Cali competition was released earlier this week ... getting 2 million YouTube views in just three days.

In fact ... Shareef has already garnered some interest from major colleges like USC, which offered him a scholarship earlier today. Law says it's the work ethic and guidance he got from his famous dad that puts him over the top.

"Most kids of superstars just think it's handed to them, but Shareef worked to get better. Shaq doesn't want us to show him any favoritism ... even though he's good enough to play up a level."

4 NBA Championships, 3 Finals MVP's and 15 All-Star games is a lot to live up to ... but if he can just stay on his feet, he's beating his old man right now. 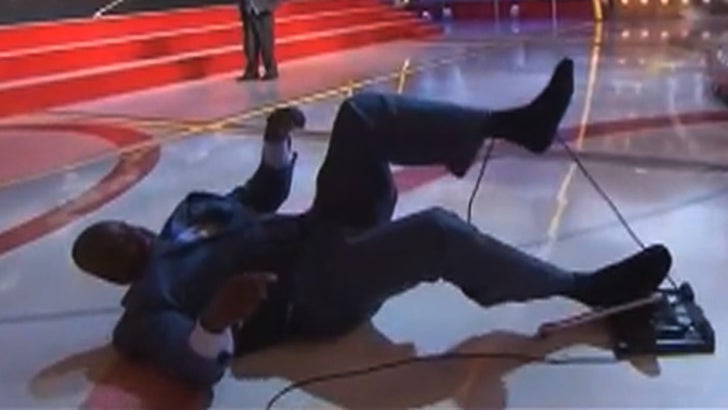