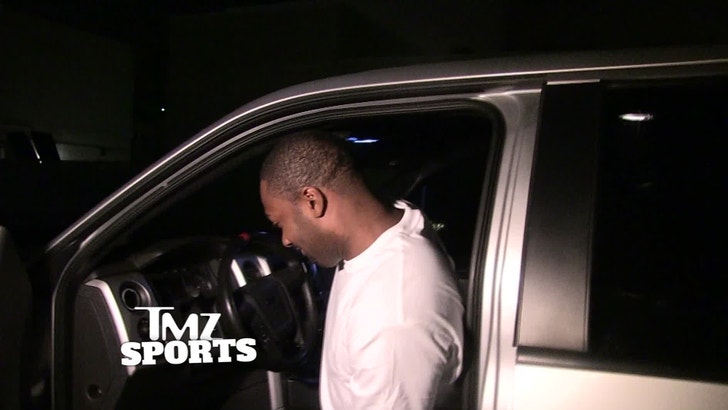 Agent Zero was out in L.A. last night ... when we asked if he would ever consider visiting his x-NBA teammate in prison, where he'll be spend the next 23 years for killing a woman in 2011.

FYI -- the two made headlines together back in 2009 ... when they pulled guns on each other in the Washington Wizards locker room.

But Arenas tells TMZ Sports he's erased Javaris from his memory -- saying there's no chance he'll visit the guy because ... "Why would I need to be reminded of prison for? I've seen 'Locked Up,' it's not a nice place."

Check out his answer ... clearly, Arenas doesn't care that he's still on probation and skating on thin ice.