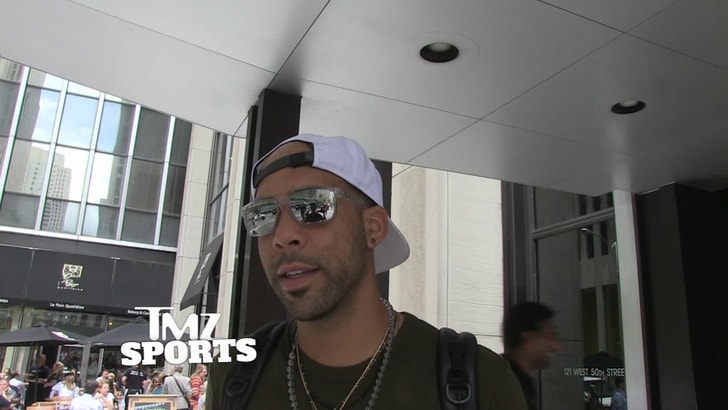 Boston Red Sox star Pablo Sandoval broke the CARDINAL RULE when it comes to dropping a deuce during a MLB game ... so claims David Price who says Pablo needs to be smarter on the crapper.

As you've probably heard ... Sandoval was benched by the team after he got caught liking sexy photos on Instagram while the Sox were playing the Braves earlier this week.

Pablo later said he was using his phone while taking care of biz in the clubhouse bathroom ... and "f**ked up" by violating the team's no social media during games policy.

Which brings us to Price -- a 4-time All Star and Cy Young winner -- who tells us EVERYONE in the MLB uses their phones when nature calls, but ya GOTTA be able to show restraint and not leave a digital trail.

Check out the clip ... Price is hilarious ... and also dishes out some hygienic advice for all of you non-professional athletes who also enjoy a good B.M.