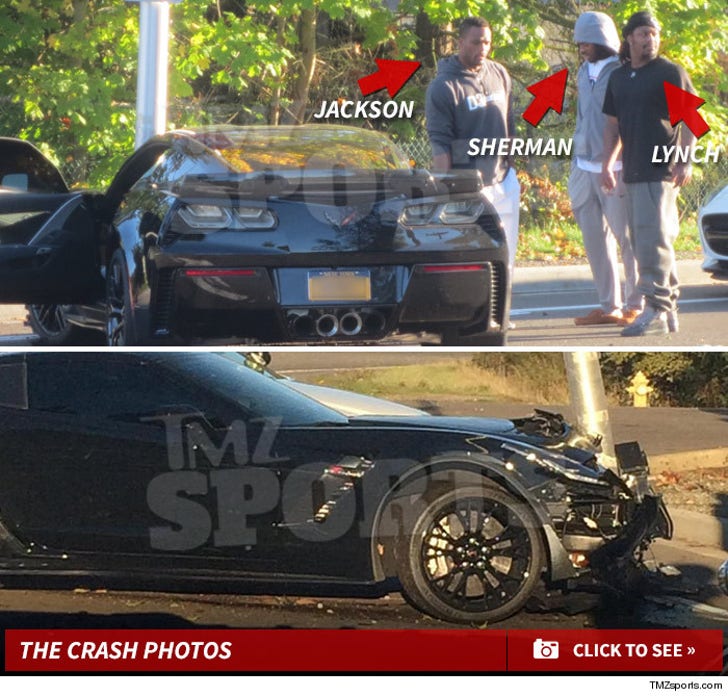 Seattle Seahawks running back Fred Jackson wrecked his sports car while drag racing with someone after a team practice ... according to witnesses.

The accident went down near the team's practice facility in Renton, WA. Witnesses tell us Jackson appeared to be racing with someone in a red Dodge Charger ... down a straightaway on a public street. We're told Fred was in a black Corvette, and somehow lost control .. smashing into a large planter box and then a stop sign. 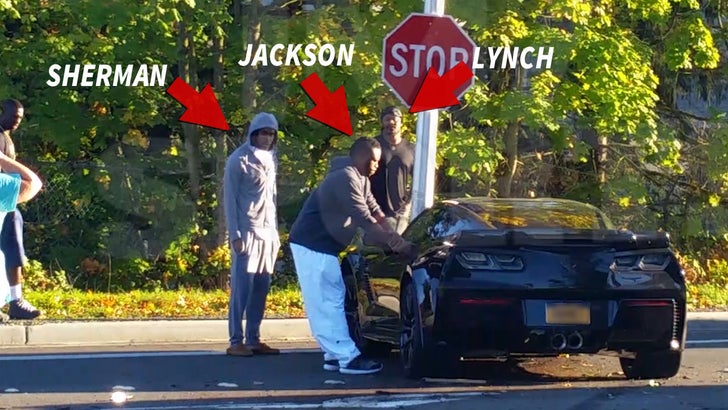 As you can see in our pics and video ... Jackson's teammates Marshawn Lynch (driving a white Jaguar F-Type convertible) and Richard Sherman were some of the first people on the scene. You can see them trying to help Jackson open the doors on his 'Vette after the accident.

Police responded, but Seahawks staffers also showed up and took Jackson back to the team facility. It's unclear if Jackson suffered any injuries. We also don't know who was driving the Charger, but in our video it's parked a short distance away from the wreck.

Renton cops say at this point, there is no evidence indicating a drag race. We're told the responding officer gave team personnel permission to take Jackson and evaluate him.﻿ 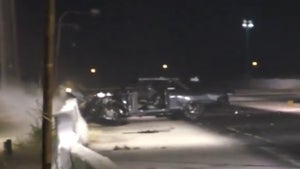