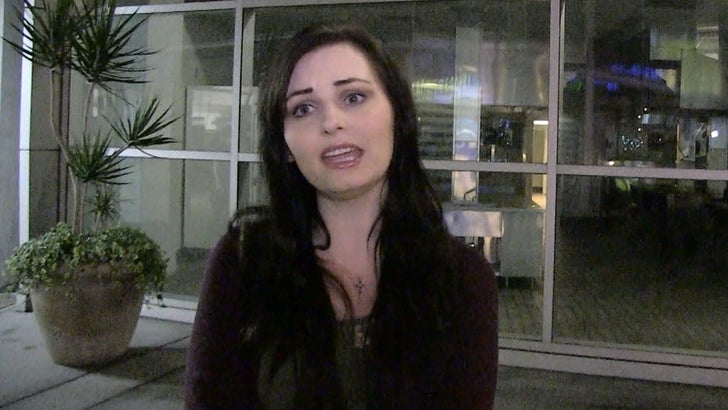 Roddy Piper had a secret talent ... music ... so says his daughter Ariel Teal Toombs who tells TMZ Sports they had plans to duet together for her album before he passed away.

Toombs is an aspiring singer who was talking to us about her plans for her first album -- when she brought up the role her father was supposed to play in the project ... and got very emotional.

Piper passed away back in July -- and Toombs says she thinks about him every single day. It's clear he will have a huge influence on the album.