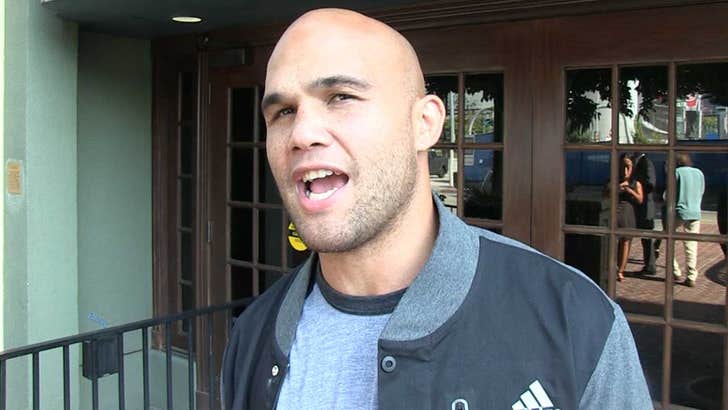 Robbie Lawler is no Vin Diesel -- 'cause even though Vin is getting his 7-year-old daughter into MMA right now ... the UFC superstar says his kid will have to wait 'til he's 8.

It's actually an interesting question among parents -- with MMA exploding as a sport, more kids want to get involved at a younger age.

But Robbie -- who began his martial arts training at age 9 -- says, "I'm gonna try to keep my son out of martial arts as long as possible."

"I want him to know his body a little more before he starts getting into martial arts."

As we previously reported, Vin's daughter is training with Ronda Rousey -- with Diesel saying he wants her to be a beast!