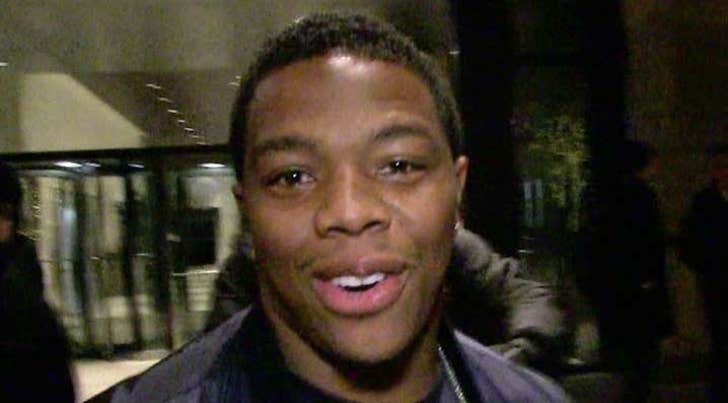 With NFL running backs going down like dominoes, Ray Rice is still training hard -- "staying ready" -- hoping that he'll get the call to come back to the league ... sources close to the RB tell TMZ Sports.

Rice hasn't played a single down since the 2013 season ... right before he was suspended and then cut from the Baltimore Ravens over the infamous domestic violence incident in February '14.

Now, with so many teams desperate to jump-start their running games due to injuries and lack of productivity -- sources close to Rice tell us he's preparing for a comeback.

"He still keeps in shape and is working out every day ... staying ready," one source close to Rice tells us ... while reminding us Rice is only 28 years old.

Rice has not only stayed out of trouble since the incident -- but has been on a goodwill blitzkrieg ever since ... most recently donating uniforms to a Baltimore rec center in an effort to revitalize a park.

Question is ... with Greg Hardy getting a second chance -- will Ray also get a shot at football redemption?