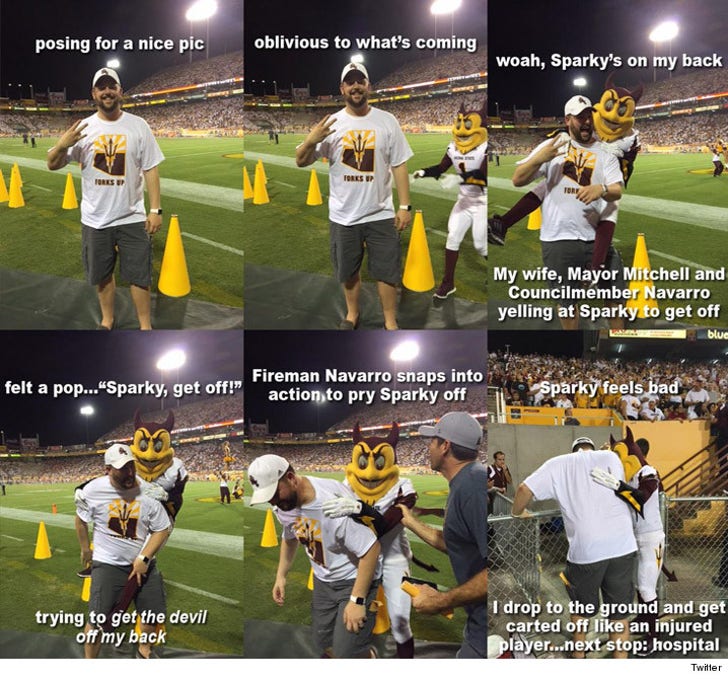 An Arizona councilman claims the ASU mascot jacked up his back in a photobomb gone wrong at a football game earlier this season ... and now he wants more than $100k from the school.

Tempe councilman David Schapira claims he was at the ASU vs New Mexico game on Sept. 18th ... and was posing for a picture when Sparky the Sundevil mascot jokingly pounced on him.

Problem is ... Schapira says he felt a pop in his back -- and had to be transported to a hospital as a result of the injuries.

In fact, Schapira says he's had to use a cane to walk ever since the incident.

Now, he's filed a formal claim with the university -- demanding more than $120k in damages and other costs. Schapira says he hopes ASU will pay up so he doesn't have to file a lawsuit.

A spokesperson for ASU told the Arizona Republic .... "ASU sincerely apologizes for the incident at the Sept. 18 game. We have offered our fullest assistance and cooperation in getting the Councilman’s bills paid, and we wish him a speedy recovery." 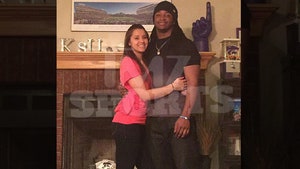 ASU Linebacker -- Alleged Victim Says He Didn't Hit Me ... 'It Was A Hickey' 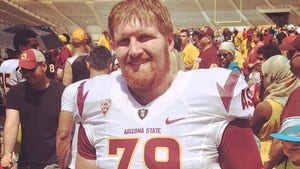