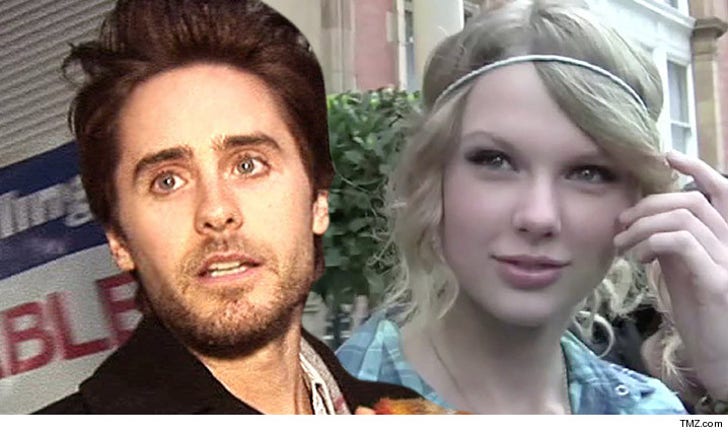 TMZ broke the story ... Jared was in the studio with his Thirty Seconds to Mars bandmates when he flipped from admiring T-Swift's 16 count, to saying "F*** her!"

Jared tweeted an apology to Taylor and her fans, saying, "The truth is I think Taylor Swift is amazing + an incredible example of what's possible," adding, "If I hurt her or her fans my sincerest apologies."

TMZ posted video of Jared in a studio session where he and a bandmate were using Taylor's songs as inspiration and in a moment of frustration hurled the f word. It's actually a compliment, if you break it down. 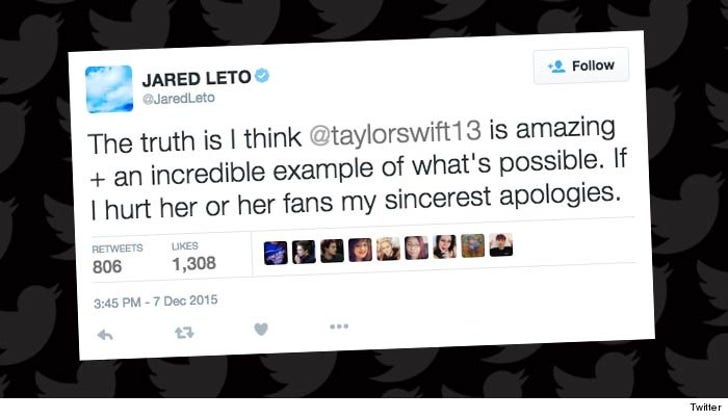