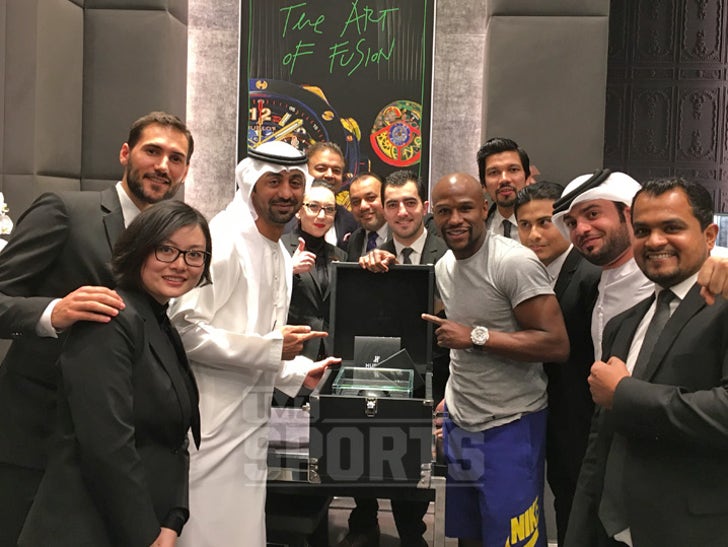 Floyd Mayweather has done it again ... buying ANOTHER million dollar watch -- and TMZ Sports has the pics.

The boxer has been on a CRAZY spending spree the past few weeks -- but went especially crazy during a trip to Dubai ... picking up one of the most expensive timepieces on the planet. 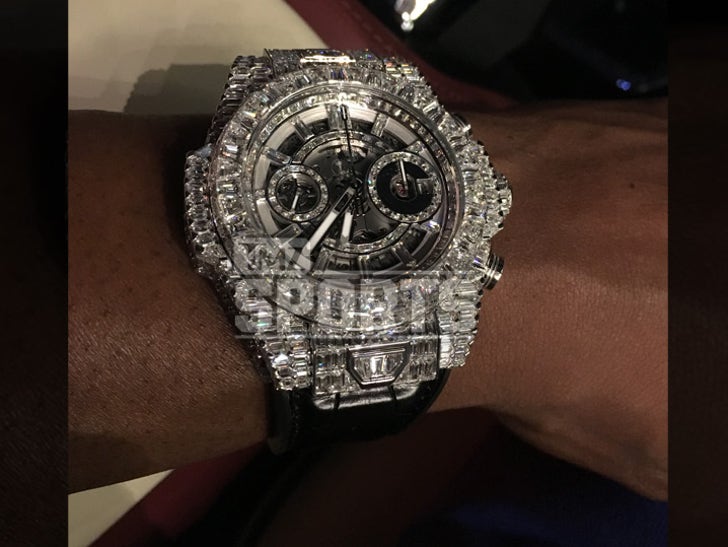 A rep for Mayweather tells us, "The watch is roughly $1.1 million. This is just one of his big purchases.”

We're told the watch is a Hublot -- covered in expensive diamonds.

We're told Floyd has dropped more than $1.5 million during his 2-day spree at the Dubai Mall -- and, shocker, everyone in the mall LOVES HIM!

By the way, it's the SECOND time Floyd's dropped 7 figures on a watch -- he bought a million dollar diamond covered piece in NY back in 2014.