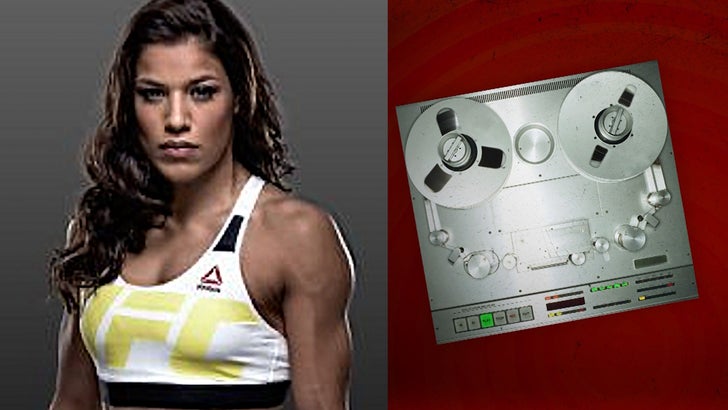 Former Ultimate Fighter champ Julianna Peña got into a bar brawl with a bunch of guys -- and it got so out of control ... blood was all over the place.

911 callers reported the bantamweight fighter and her trainer Josh Gow were taking on security guards at Zola's in Spokane on Dec. 20. The audio is pretty brutal ... you can actually hear the fight still going behind a caller who said, "They're wiping their bloody faces on the door."

According to cops, Peña and Gow had actually gotten into a fight at a different bar -- with 20 people throwing fists -- and then bolted to Zola's. Security there refused to let them in because it was past closing time.

Cops say Peña -- who won Ultimate Fighter 18 in 2013 -- lunged toward bouncers who were trying to keep them out. She allegedly busted out some MMA moves, kicking 2 of them in the groin.

Police arrested Peña and she's been charged with 2 counts of assault. She's due back in court later this month. 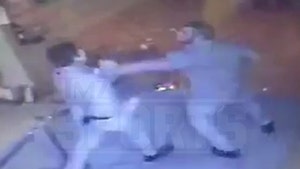