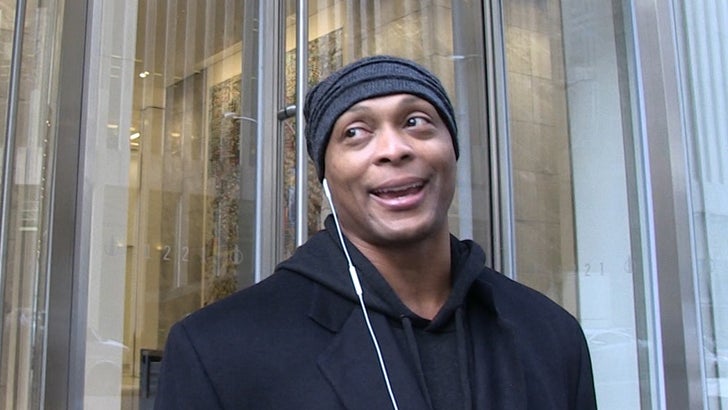 The answer, according to George ... dude, had real potential!

Besides starring in 3 'Naked Gun' movies -- which people really liked him in -- Simpson also had roles in some big projects like "Roots" and "The Towering Inferno."

As for Eddie, he's blowing up as an actor -- starring as the lead in "Chicago" on Broadway ... but telling TMZ Sports he's got big dreams to star in some huge TV shows one day. Check out the clip.