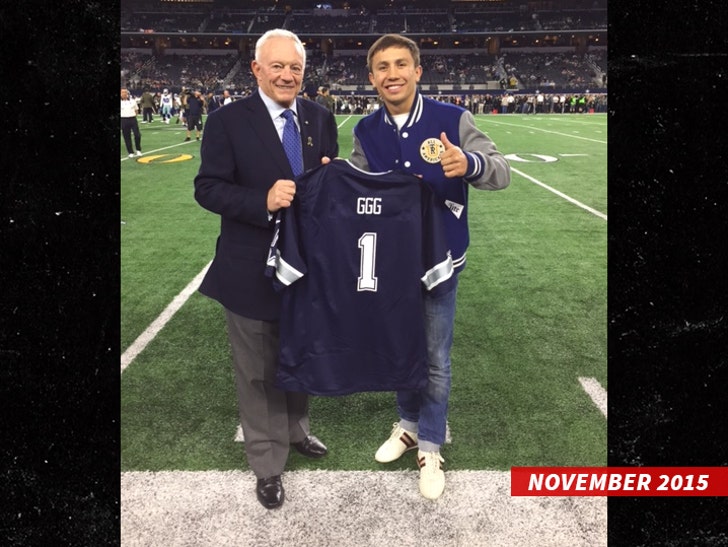 There are tentative plans for the two boxing superstars to fight in September (if contracts can be worked out) ... and GGG's promoter, Tom Loeffler, says one of the possible venues is Jerry's World.

"Jerry Jones has watched GGG's last few fights and he expressed a big interest in having the fight in Dallas at his stadium," Loeffler tells us.

"GGG will fight anywhere, but he's aware of Jerry Jones and the atmosphere in his stadium. Whenever Jerry Jones gets involved, he takes promotion to a new level."

"You hear 70,000 people screaming ... the huge video board... it's an amazing venue. And GGG understands the popularity of the Cowboys, the influence they have in the U.S. and around the world."

"I'd love to see that happen."

Loeffler says there are two other venues in the running -- the MGM Grand in Vegas and Madison Square Garden in NYC.

If the two fighters do manage to hammer out a contract, we're told the fight will go down on Sept. 17th. But first, GGG has to emerge victorious in his upcoming fight with Dominic Wade on April 23rd at the Forum in L.A. 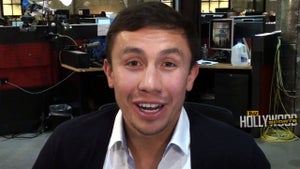