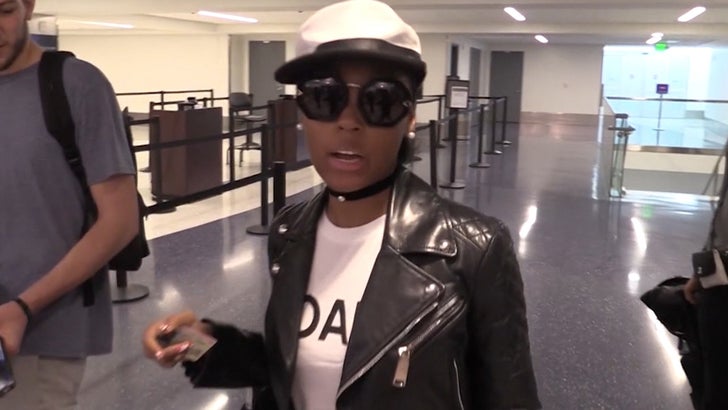 Creepy ending for Janelle Monae's night of partying on the Sunset Strip -- cops busted a guy for grabbing her friend's vagina ... TMZ has learned.

The singer and her crew were at Diddy's Grammy after-party at 1 OAK Monday night when the man allegedly groped her crotch ... according to our law enforcement sources. The friend immediately reported it to club security guards, who held the suspect until Sheriff's deputies arrived.

Janelle recounted the nightmare encounter at LAX on Tuesday, and had a stern warning ... for all men.

We're told the suspect was arrested for misdemeanor sexual battery. We got video of the deputies hauling him away that night. 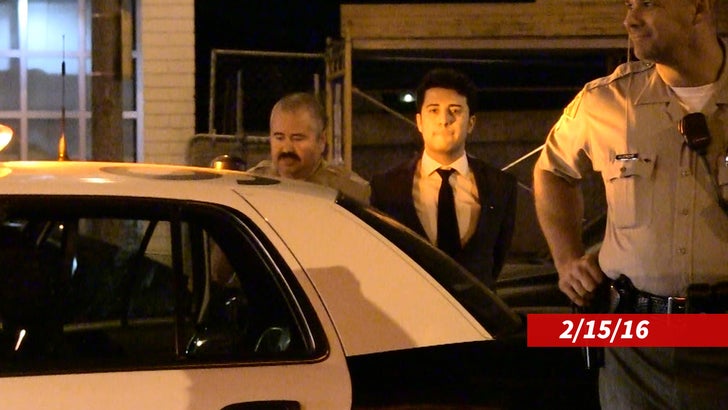 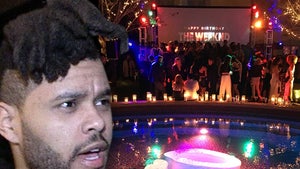 The Weeknd -- Grammy Party Shut Down by Cops