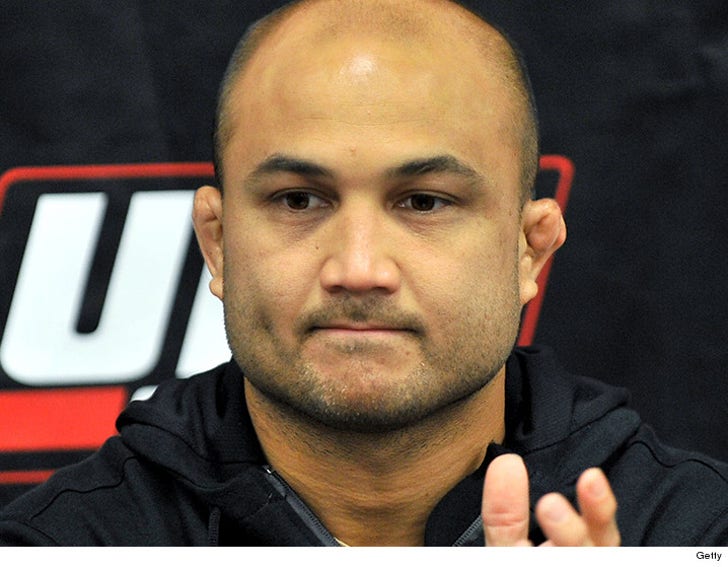 UFC legend BJ Penn says he absolutely did NOT assault a woman back in August -- saying the allegations are completely bogus and stem from a former employee who was bitter at being fired.

As we previously reported, a woman filed a police report against Penn claiming he roughed her up at her home back in August. The UFC said it is also investigating the situation.

Penn's camp says Pedro was fired from his job as a writer on BJ's website BJPenn.com last year but his GF didn't file a police report until February 16th ... the same day Pedro received his final severance check.

Penn's rep says, "In the almost 15 years that Penn has been a champion fighter there has not ever been any incident or allegation in regards to his conduct with women. He is a family man and father of two young daughters with a long term girlfriend. It is unfortunate that someone that BJ considered family is trying to extort him."

10:12 AM PT -- We spoke with Pedro who is adamant he and his girlfriend are NOT trying to extort BJ.

"There have been absolutely no talks about money."

"All [my girlfriend] wants is closure and accountability so this never happens to another woman ever again."

Pedro says he has text messages from BJ that corroborate his girlfriend's story.

Pedro says his girlfriend intends to move forward with the case against Penn -- but says she would consider dropping everything in exchange for a public apology and a public confession.