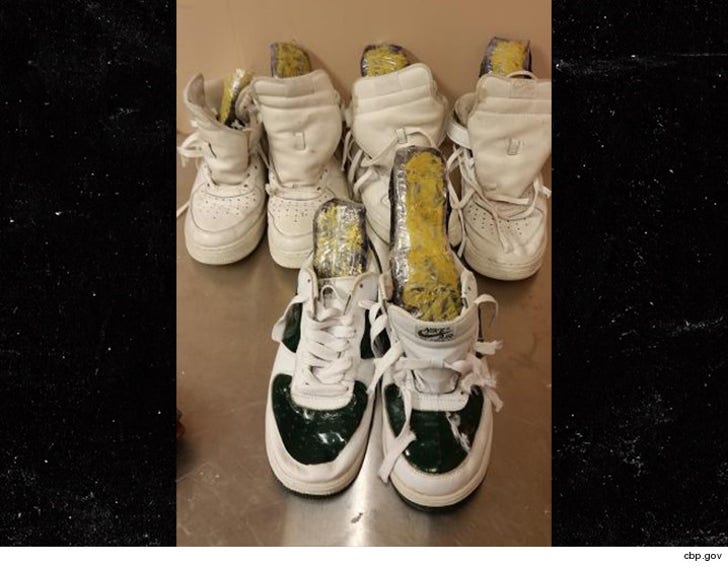 U.S. Customs and Border Protection says the drug mover was on a flight from the Dominican Republic -- and when he got to the inspection, officials noticed his shoes were unusually heavy.

In the end, officials say they found 3 POUNDS of heroin hidden in the kicks ... with an estimated street value of $90,000!!!

The perp was arrested and handed over to Homeland Security -- and now faces federal drug smuggling charges.