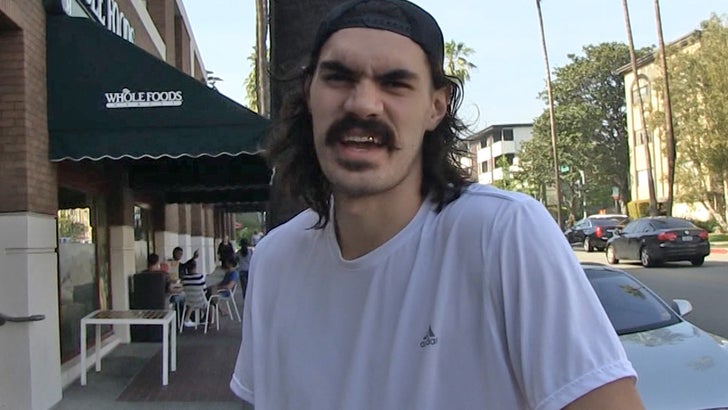 What's cooler than being an NBA star?

Being an NBA star who looks like a MOVIE STAR ... just ask OKC Thunder star Steven Adams ... who says his resemblance to Jason Momoa paid off HUGE recently.

Adams was out in L.A. when he told us about a recent trip out to Croatia ... where the locals mistook him for the 'Batman v Superman' star ... and it was awesome!

By the way, we also asked Adams if everything was cool with DeMarcus Cousins after a near fistfight on the court Monday night ... check out what he says.