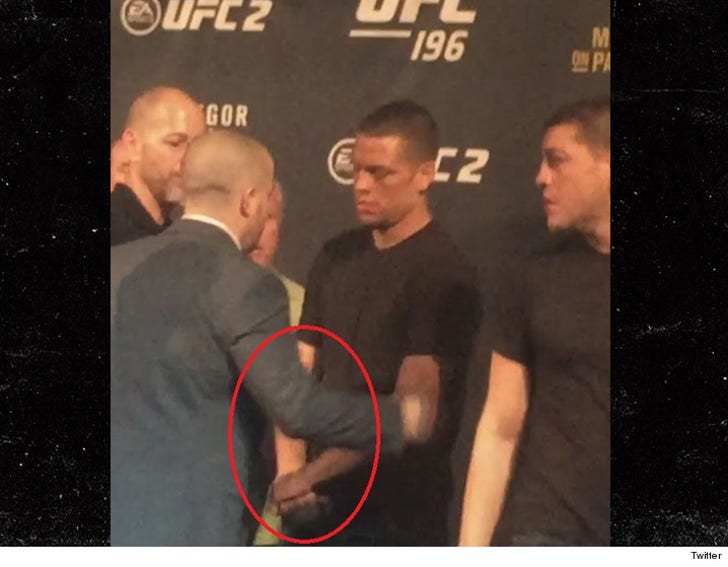 Nate Diaz did NOT suffer a hand injury during that violent stand-off with Conor McGregor at the UFC 196 presser Thursday ... with sources telling us Nate is "ready to fight."

After Conor smacked Nate's fist, people noticed Nate clutching his right hand ... and several media outlets speculated that he suffered an injury that could put the fight in jeopardy.

But deeply connected sources tell us, "Nate is fine and ready to fight ... he didn't even see a doctor because he wasn't hurt." 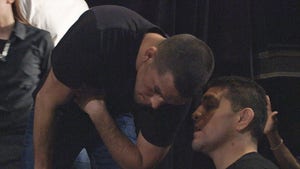 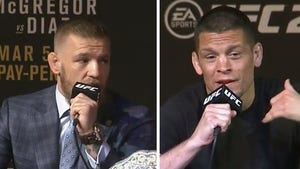