A fast-thinking, Columbo-esque lawyer for the L.A. Dodgers blew the lid off a major memorabilia theft ring that looted the organization for years.

Chad Gunderson, Sr. Counsel for the L.A. Dodgers, was surfing online last December for sports memorabilia when he noticed someone was hawking Dodgers items that he knew were not for sale, including a Don Mattingly game jersey, an Adrian Gonzalez game jersey and Yasiel Puig bats.

Gunderson engaged the seller, who stupidly told him he had "two very good sources at Dodger Stadium." The seller went on to say he'd been dealing with one source for 10 years and another for 20. That was enough for Gunderson to leap into action.

The lawyer got the team to set up secret cameras in the clubhouse and the equipment room.

On December 5, 2015, the camera captured a man entering the clubhouse at 11:23 PM. He was wearing dark clothing and a mask. The man immediately turned off the automatic light switch, but the light was on long enough to capture stainless steel handcuffs on his belt.

Gunderson and crew knew they were probably dealing with a security guard. So they overrode the automatic light switch and waited.

Sure enough, 6 days later, at 3:07 AM, 2 masked men entered the clubhouse -- one wearing a ski mask and the other a nylon stocking. The light stayed on, and the cameras captured the men pilfering baseball bats, a pair of shoes, Dodgers jackets, hats and a box of baseballs.

The dumb guys were bold enough that they wore Dodgers security jackets and one guy even wore Dodgers batting gloves.

Two Dodgers security guards and the eBay seller were arrested and charged with burglary and conspiracy to commit burglary. They have pled not guilty. 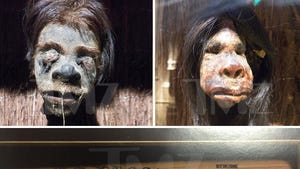 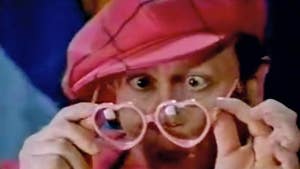