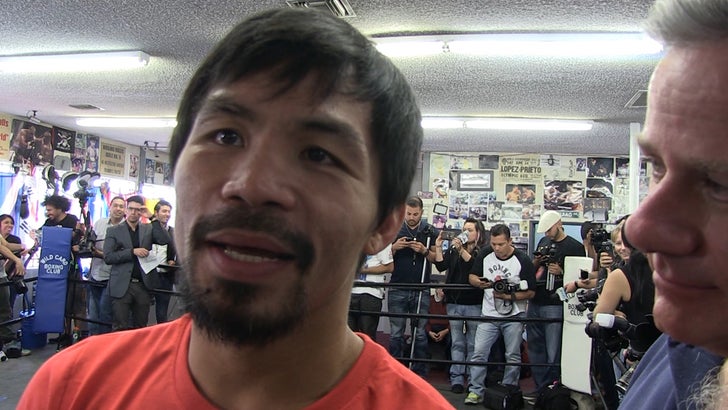 As we previously reported, Manny became persona non grata at The Grove over his aggressive homophobic comments ... which included a bible verse suggesting gay people should be put to death.

Real estate magnate Rick Caruso -- who owns the place -- said Manny's intolerant views weren't welcome at his center ... despite the fact Manny has been frequenting the place for years.

But Manny tells TMZ Sports he REFUSES to acknowledge the ban -- saying it's a public place and he'll continue to go there with his massive entourage.

He added, "I love everyone."

So, will Manny actually be blocked from entering the place the next time he feels like taking in a movie??