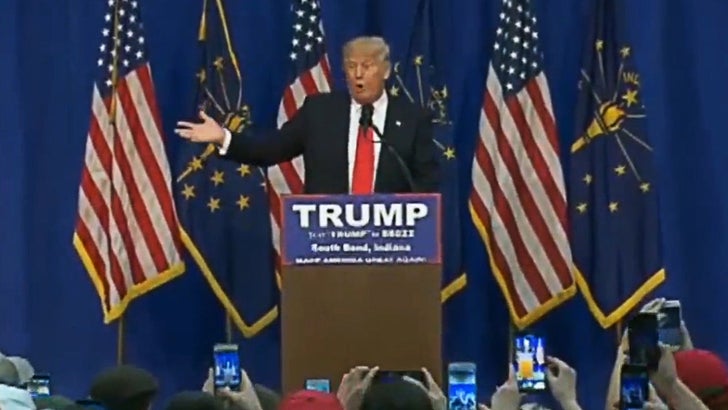 Mick Jagger doesn't give a rat's ass how many delegates Donald Trump's secured, he and the Rolling Stones are putting the kibosh on their music getting played at Trump rallies.

The Stones fired off a cease and desist letter to the campaign requesting they "cease all use immediately" ... according to a statement from the band's rep.

Trump used their hit "Start Me Up" as his intro music during several Indiana campaign stops this week -- and clearly word got back to the Stones' legal team. The Donald's also used "You Can't Always Get What You Want" in the past.

Candidate Trump's heard this tune before -- Neil Young, Aerosmith, Adele and others have also asked Trump to delete their music from his playlists ... and he's always complied.