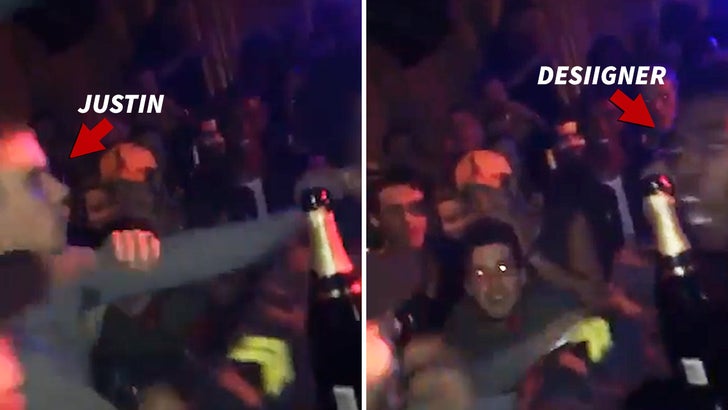 Justin Bieber had to regulate on Desiigner in the packed 1 OAK nightclub when the rapper's performance spilled into the VIP section ... TMZ has learned.

Sources in the NYC hot spot tell us 19-year-old Desiigner -- recently signed to Kanye West's label -- was putting on a hell of a show Thursday night, and Justin was watching from the VIP area.

We're told it was all good until Desiigner got "a little too hyped" ... started jumping around and "stomped" multiple times on Justin's feet. That's when JB flexed on him.

We're told Desiigner immediately turned around and said "My bad."

As for social media buzz the rapper got kicked out -- not true. We're told Desiigner finished his set. He was only escorted out because he's under 21, and has to leave once he's done performing. 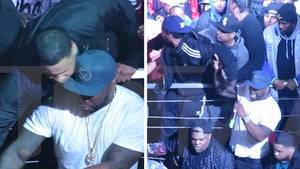