TMZ Sports has obtained footage of the LeSean McCoy bar fight video -- in which you can see the NFL star's face ... as mayhem ensues in a brawl that left 2 off-duty cops badly injured.

Multiple sources at the Philly PD have verified ... this video shows the incident cops are investigating and as one police source put it -- "We believe the man in the red boxers who gets pulled into the ice bucket is LeSean McCoy." 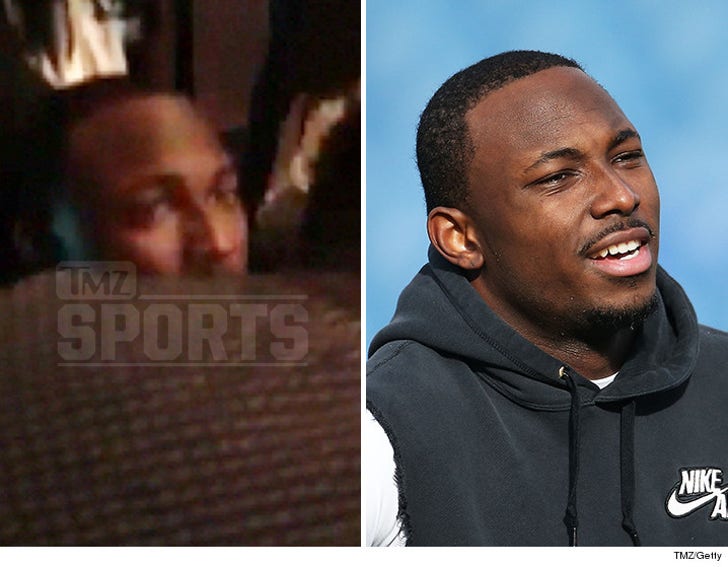 In the video, you can see several men punching each other at Recess Lounge in Philly early Sunday morning. It appears LeSean throws at least one punch during the melee.

The person who shot the video tells us ALL of the people involved appeared intoxicated -- and the Buffalo Bills running back was particularly "rowdy."

And get this ... rapper Meek Mill was in the club at the time of the fight -- but had NOTHING to do with the brawl. Our police sources say they're interested in talking to Meek and any other witness who may have information that could help the investigation.

Cops have said the fight began over a dispute over a champagne bottle. Our witness says things were tense ... but didn't explode until the champagne bottle was knocked to the ground and shattered.

Officials have said 2 off-duty cops were hospitalized as a result of the fight -- with broken bones, bad cuts and other brutal injuries.

So far, no arrests have been made ... but McCoy has been named a suspect, along with 3 other men.

We reached out to LeSean's agent who told us he had no comment on the video. 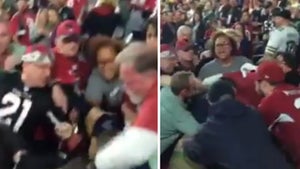 Packers vs Cardinals -- Brawl in the Stands ... Crazy Video