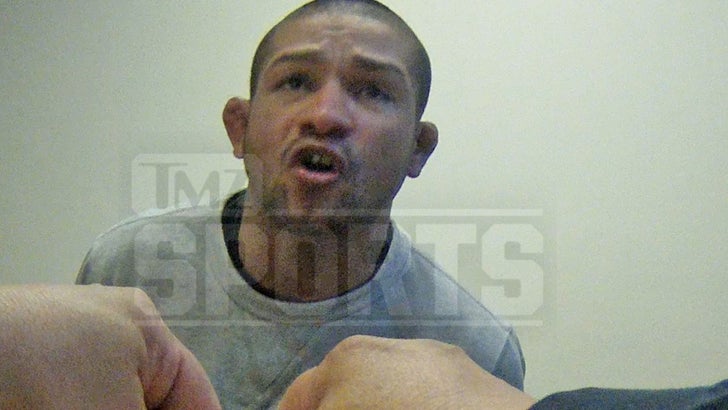 Ex-UFC fighter Diego Brandao has admitted to pulling a gun during an altercation with bouncers at an Albuquerque strip club ... but the former "Ultimate Fighter" champ insists it was only in self-defense.

TMZ Sports obtained video of Brandao being grilled by cops following his arrest on April 15th -- during an incident in which cops say the fighter pistol-whipped a bouncer at Knockouts bar after he was denied entry. The bouncers told cops Brandao was too drunk to get in.

During the interrogation, the 28-year-old Brazilian fighter begins by adamantly denying he ever had a weapon -- but the cops pressed him hard and warned there would be consequences if he was lying.

"Listen, you just said you don't wanna f*** your life," one of the cops told Brandao ... "If anybody comes up with video showing that you had a gun, you're life is gonna be f***ed."

Brandao immediately changed his story and admitted to having the gun -- but says he only pulled it out because one the bouncers had a gun. Plus, Brandao says he was being choked out and wanted to put a stop to it.

When cops asked Brandao what happened to his gun, the UFC fighter said he broke it into several pieces and scattered them away from the bar.

During the interrogation, cops suggest there may be video of the entire incident -- and it could hold the key to Brandao's case.

We spoke with a rep for the Bernalillo County District Attorney's office ... who tells us prosecutors are still considering whether or not to file formal charges. 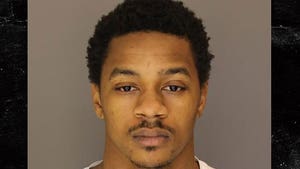 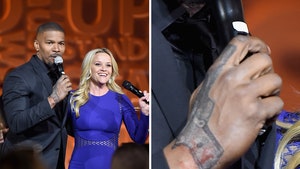