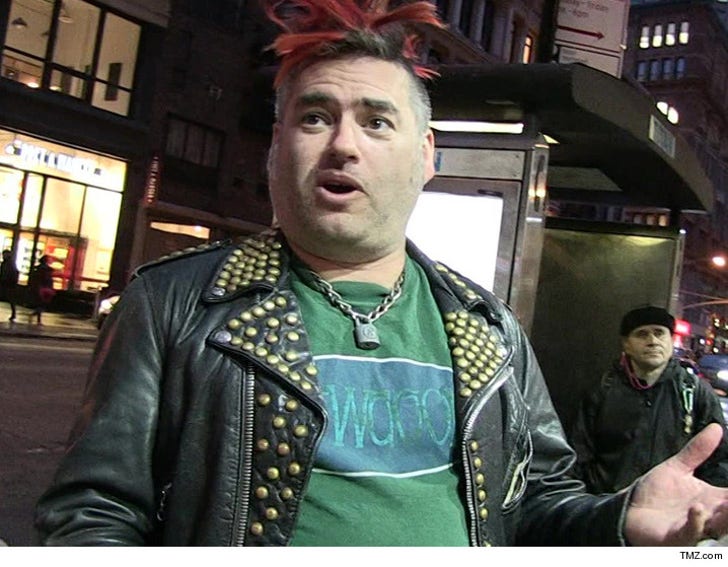 Reports surfaced Monday that Mike entered rehab to get sober -- but sources close to him say that's only half true.

What really went down is Mike voluntarily checked into an L.A. facility to ween himself off a 2x daily Percocet habit after experiencing prolonged stomach pain -- docs treated, then released him 6 days later.

We're told the punk legend says he has no intention to tone down the punkness. He's not sobering up ... it's just a "mini break" for the sake of his health ... then back to the drugs and booze.

Fat Mike's been open about his vices -- his band just released 'Hepatitis Bathtub,' a book about drug abuse.