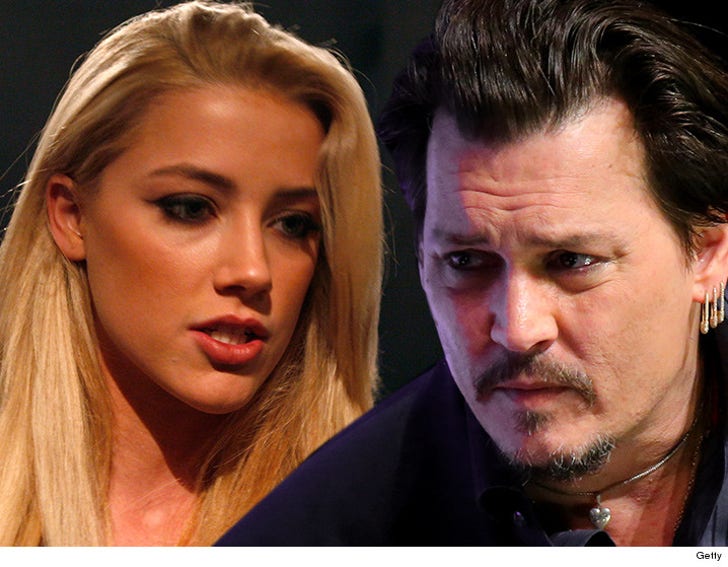 Amber Heard screamed to Johnny Depp in the middle of their argument last week, "Stop hitting me!!!" Problem is ... when she screamed Johnny was more than 6 yards away -- so claim 2 witnesses.

Sources connected to the case tell TMZ, 2 security guards -- Jerry Judge and Sean Bett -- were standing in the entryway inside Johnny and Amber's apartment unit, giving them space during the argument, when out of nowhere they heard Amber scream.

The guards say "within a second" they bolted into the living area and saw Johnny in the kitchen and Amber on the couch in the living room -- it's an open floor plan. Both guards say Johnny was at least 20 feet away from her.

We're told, according to Johnny, both he and Amber knew the guards were in the entryway and the scream was a badly executed attempted setup.

The guards -- both of whom are expected to testify next month during the restraining order trial -- also say throughout Johnny and Amber's 15-month marriage, she was the one who flew into rages ... screaming at him, throwing bottles, and charging him. They claim they frequently had to pull her off Johnny.

Amber claims her alleged injuries were caused when Johnny hurled an iPhone at her. The 2 guards support what the responding cops say ... she had no visible injuries. Amber claims there was broken glass on the floor and even submitted photos in her legal docs, but the guards insist there was no broken glass, and the cops say nothing was amiss. 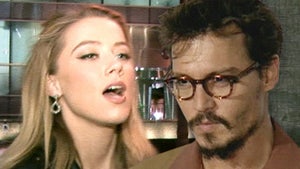