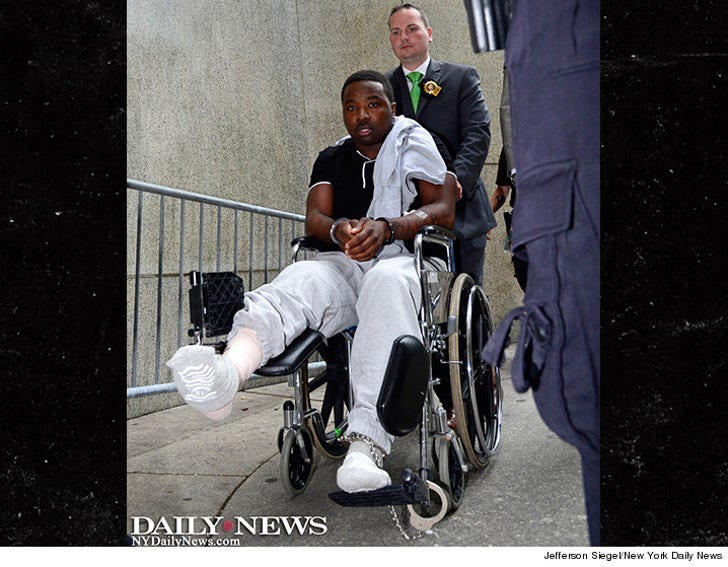 Rapper Troy Ave's nursing a gunshot wound to his right leg and facing an attempted murder charge ... both from behind bars.

The accused shooter from T.I.'s NYC concert last week was wheeled into a court Monday ... where he entered a not guilty plea. Troy was arrested -- from his hospital bed -- last week after NYPD released surveillance video of him opening fire inside the venue.

Troy's attorney, Scott Leemon, says that video doesn't show the full story of what happened before and after Troy opened fire. He could still be charged with murder if ballistics testing connect him to the death of his bodyguard, Ronald McPhatter.

The NY Daily News got pics of police wheeling him into court. The judge ordered him to be held without bail.