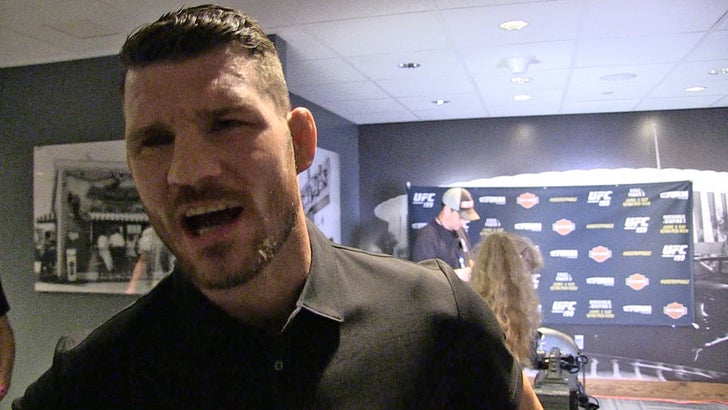 We got Bisping out in L.A. and asked him about filling in for Conor on the new flick, which McGregor was slated to star in but then dropped out of.

Bisping makes it clear to us ... he's no replacement ... saying a whole new part was written for the movie and he had to audition to get it.

As far as talking about McGregor's acting abilities ... Michael says there's not much to talk about -- saying Conor's never even done it before ... while he has over ten credits on the all-important IMDB.